10 replies to this topic 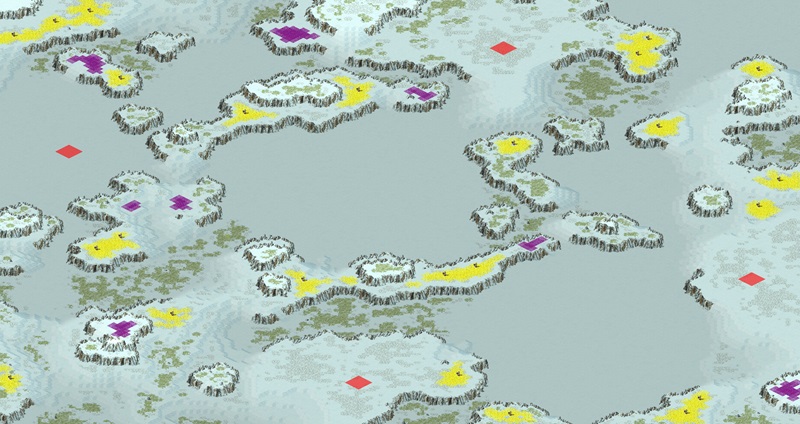 A Dune style map with wide open areas, and plenty of ore and gems scattered around. The map is deceptive in that every position has plenty of room to expand, but base crawling is made difficult. The open areas are going to encourage tank fights, but in most cases there's no way to escape from a failing melee, except a full retreat.

looks like top left is at clear disadvantage due to having to go up a cliff for initial ore? Or is it altered due to closer gems on hill ?

I thought the same.

Well it has plenty of room for piling base defenses on the cliffs around it, but it's the only position with a good amount of private ore...

As with all my maps there are advantages and disadvantages to every position. Playing against AI or noobs doesn't count for balance.

The map is an imbalanced uninspired pice of shit.

Playing against AI or noobs doesn't count for balance.

The map is an imbalanced uninspired pice of shit.

Someone take this angry man to a psychologist!

This map is actually pretty nice and definitely shows a lot of inspiration. I'll have to play it to get a feel, but I suspect some detailing will be necessary for those enourmous expanses in mid.

I understand the detailing scarcity, but I actually wanted to make a spartan map at the outset, but make it not so sparse as to feel unfinished. I had started with a simple plan, like LBL but inverted and above ground, which I immediately changed after filling in the bottom-left of the map, which ended up being the caldera meme.

The copy released in Scorched Earth Beta 5 has some small updates though. There is more grass between some of the other close cliffs to match the bottom and top, and the right starting position had their plateau extended left a bit for more AI base happiness, though shouldn't make a material difference for a hooman. I did notice some pathfinding issues around the cliff bunch middle-right, so I moved the island a bit left to open up the passages too.

As always I am open to rational input, and welcome comments, not unintelligible fits of rage masquerading as criticism

PS. feel free to shoot me requests (type of map, design idea etc); the mod is is in maintenance mode, working on terrain and maps for the next few months primarily.

Back to Red Alert 2 Maps

0 user(s) are reading this topic